A DORSET charity that was targeted twice in six weeks by criminals has thanked the public and local businesses for their support.

Dorset Reclaim is a countywide charity providing affordable furniture to people on low incomes. In recent months, their Dorchester branch, on the Pundbury West Industrial Estate, has been targeted by vandals and thieves.

First, a fence put up to keep dogs out of a garden maintained by volunteers was damaged before a break-in saw thieves break down the door and steal cash from the till

Since then the public and local businesses have shown their support and managed to help the charity get the door and the fence prepared.

Manager at the depot, Angela Huxford, said: “We have had some amazing response from the public both on social media and in-store.

We would like to thank everyone for their support and generosity to help out cover the cost of repairs.”

She paid a special thanks to David Moore from Barrett’s Glass and Window Centre for an efficient and speedy repair to the door, adding that he was kind enough to provide the service free of charge. 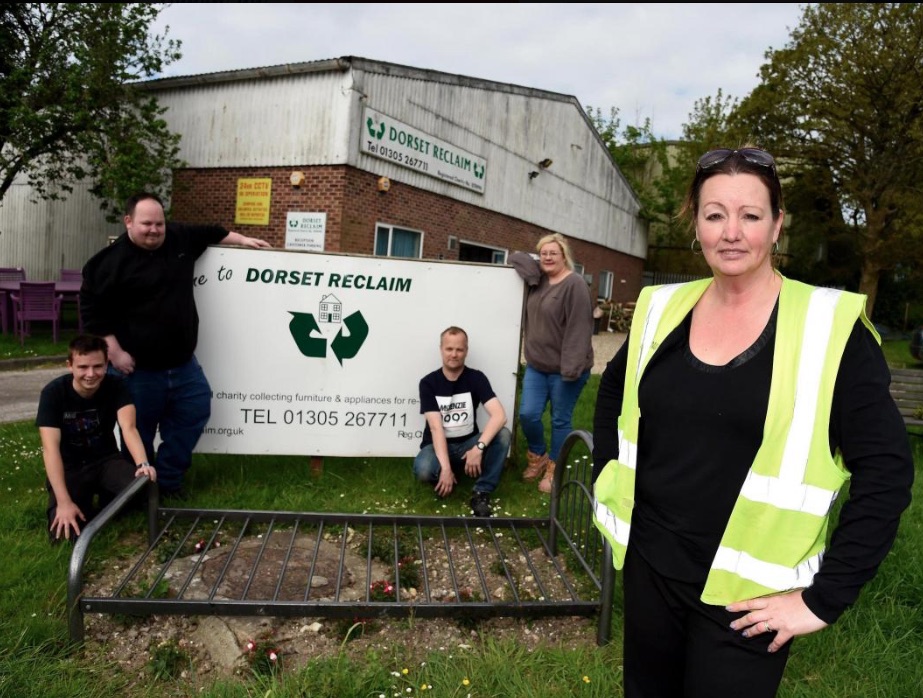 Angela added: “It’s been really nice. It’s been nice to get some support from our customers and they’ve been very generous.

“It’s a shame that it has had to come to this but we’re really pleased.”

The charity have been helping police with their enquiries, handing over CCTV footage.

A local farmer from Litton Cheney also came to aid the charity, donating the fence posts which are now back in place to prevent dog walkers using the garden, which is managed by volunteers with learning difficulties.

Town and district councillor David Taylor was among those to condemn the targetting of Dorset Reclaim, describing it as “thoughtless vandalism”.

Following the break-in Cllr Taylor urged anyone who could assist the company to get in touch with them as it was a charity and had limited funds to cover the costs itself.