Farewell to a Friend

Home » Uncategorized » Farewell to a Friend 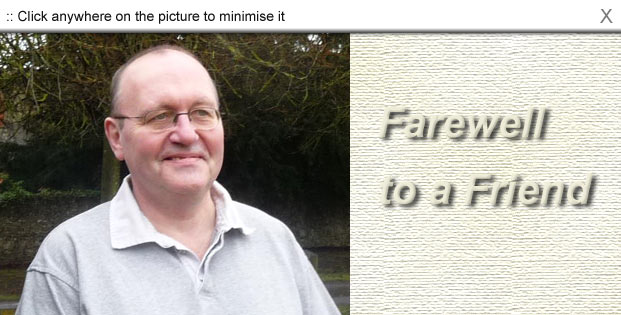 Phil Rimmer, who previously managed our Dorchester depot until Feb 2011, died on the 8th March in Torbay hospital after having a massive stroke, aged just 56.

Phil joined us in Bournemouth in April 1999 and worked as a volunteer until being employed in 2004. He was instrumental in setting up the Dorchester depot and also created our first website. His enthusiasm and belief in Dorset Reclaim led him to travel the country in his holidays looking at other projects, and to attend local shows and events in the west of the county, with the Dorchester team, raising the profile of the charity and becoming very well known in the process. His approachable manner and dry sense of humour found him a lot of friends.

Phil had come to us having a number of previous careers, but always felt that Dorset Reclaim was where he belonged and where his heart was. He will be very much missed.